The Early History of Waldershare 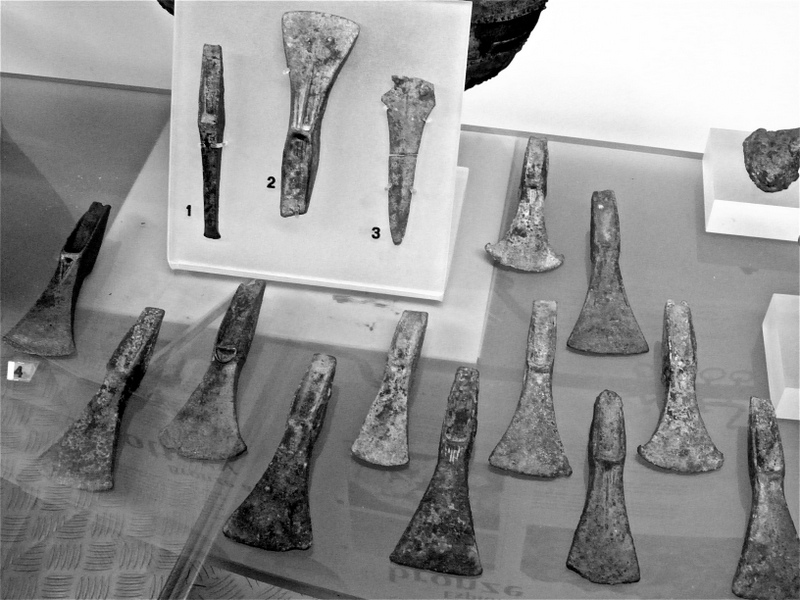 Human settlements are believed to have been in the area of Waldershare for an extremely long time following the discovery of Paleolithic flints on Malmains Ridge. These are believed to be up to 400,000 years old. Neolithic flints have also been discovered at Malmains Ridge dating between BC 4000 to 2000. Bronze Age barrows have been found at Haynes Farm, close to the old Tilmanstone Colliery site (now the Pike Road Industrial Estate), Elvington, Eastling Down, and at Waldershare Park, while hoards have been found at both Malmains and Waldershare. Iron Age pottery has been unearthed scattered at Malmains Ridge, and a La Tene I brooch was found at Waldershare. Roman pottery has been discovered at Malmains Ridge and cremations at Golgotha close to Shepherdswell. The Anglo-Saxons placed cemeteries at Barfrestone, Sibertswold (Shepherdswell) and an encampment at Coldred. The Normans created a motte and bailey at Coldred and established Barfrestone Church, now a Grade I listed building with 12th century architecture.

Following the invasion on behalf of Emperor Claudius in 43AD, the Romans established a major Roman fortification at Rupitiae (Richborough). With the arrival of the Romans, a major road network was built connecting Richborough, Canterbury, Dover, and London. In many places these roads still form part of the principle network of roads that we use today. Two Roman roads pass close to Waldershare, with one to the east from Richborough to Dover, and the other from Richborough, passing the western edge of Elvington and continuing to join a section of the A2, which connected Dover to Canterbury.

Over time, settlements and small communities grew following the migration of Anglo-Saxon peoples from northern Germany and southern Scandinavia during the 5th and early 6th centuries. Some of the earliest evidence of people who had arrived centuries before has been discovered over the years, with hoards and collections now being displayed at the Dover Museum. One of a few finds made includes the Waldershare Hoard consisting of over 350 fragments of bronze, which had been carefully packed into a flint tempered clay pot. The pot had possibly been struck by a plough, which then spread some of the hoard over a large area. The hoard is believed to date from around 1000 BC, and was discovered by metal detectorists in 1997.

The Malmains dagger is believed to date from 1,400BC and a replica exists at the Dover Museum on display. This replica handle was made to show how a handle could have fitted to the bronze blade of the dagger. The original handle did not survive as it would have been made of organic material such as wood or deer antler, which over time would have easily decomposed.

The Malmains Hoard consists of bronze implements that were discovered in 1995 in a pit near Tilmanstone, and thought to date to 1400 BC. The hoard includes a dagger or dirk that has the rivets still in place, part of an ingot of bronze, a chisel, a hafted Palstave axe. A further eighteen Palstave axes were also found in the same hoard, believed to be a type of axe that was used to shape timbers of wooden boats. These objects are rarely found as parts of hoards from this period.

From 1991 to 1996 archaeological surveys and excavation work was carried out by the Canterbury Archaeological Trust prior to, and during, the construction of the Whitfield to Eastry bypass, which was built across the east Kent chalk lands north of Dover. This new road (extension of the A256) passes through the former medieval parish of and settlement of Waldershare, which was replaced by Sir Henry Furnese’s Waldershare mansion and its associated estate of Waldershare Park. To the north is Eastry, which was apparently the site of an early Anglo-Saxon villa regalis (a multiple estate as a large landholding controlled from a central location with surrounding subsidiary settlements).

The line of the new road generally runs across open, arable land with some pastures at the southern end and tracts of woodland in the area of Waldershare and Tilmanstone. It was recognised that significant tracts of woodland were extant along the line of the route close to Waldershare, with Waldershare having an expanse of deciduous woodland named Eastling (formerly Haddling), Friends, Church and Poutty Woods, together with nearby Northbourne Carvett. Eastling; Friends and Poutty Woods were classified as Ancient Woodland, dating from before 1600 AD.

In July 1996, as the road construction began, part of a ring-ditch that was believed to possibly represent the remains of a plough-out round barrow, was exposed and recorded in a cutting to the east of Tilmanstone village. This appears to have been the closest archaeological find made in the area of Waldershare, with more significant finds discovered in the excavations made near Whitfield.