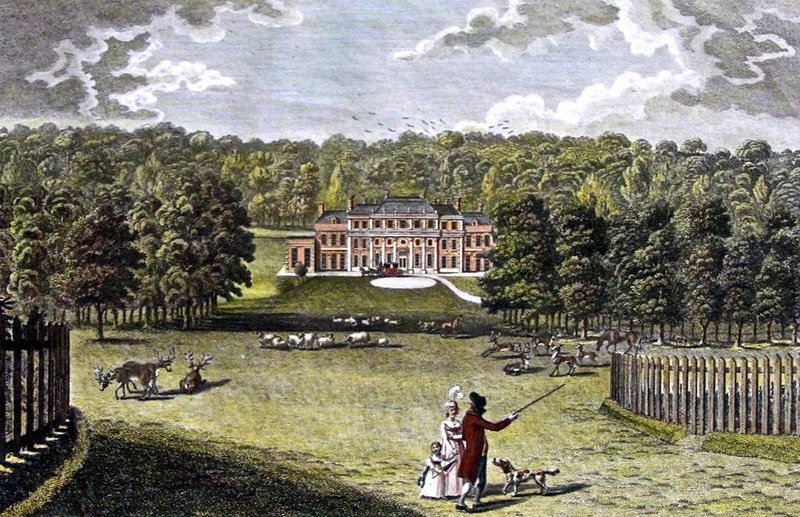 Documented history for Waldershare starts with Odo (c.1030 – 1097), Earl of Kent and Bishop of Bayeux, who was the half-brother of William the Conqueror. Odo was a ruthlessly ambitious statesman and at one time was second in power after the King of England; it is recorded that Odo accumulated his vast wealth by extortion and robbery. Duke William made Odo Bishop of Bayeux in 1049 when Odo was only about nineteen years old – very young for such an important post – and he is thought to have commissioned the Bayeux tapestry, probably to adorn his own cathedral. The tapestry depicts him wielding a club at the Battle of Hastings rather than a sword, stating that as a cleric, Odo did not actually take part in the fighting, but instead, he encouraged the troops from the rear.

In recognition of his services, Duke William made Odo Earl of Kent in 1067, and he was to become William’s trusted minister who deputised for him on occasions when William returned to Normandy. Odo acquired vast tracts of English land, primarily in the south east and East Anglia. At this time, the estate at Waldershare, or Walwaresere as it was known then, was recorded as being amongst Odo’s possessions. In 1076, Odo was tried for defrauding the Crown and the Diocese of Canterbury and some of his assets were redistributed. In 1082, Odo planned an ill-advised invasion of Italy, possibly with a view to declaring himself Pope. Having failed, he was imprisoned and all his English possessions and his status as Earl of Kent were taken back by the King. Waldershare then came into the possession of the Malmaines via Gilbert Maginot of Dover Castle (John de Malmaines was standard bearer to the Norman footmen at the Battle of Hastings). They built their manor house on land adjacent to the current Waldershare, which still bears the name Malmains to this day. John de Malmaines is recorded in the Battle Abbey roll as having accompanied the Conqueror to England and to have been present at the battle of Hastings, being standard-bearer to the Norman footmen. From him descended several branches of this family, seated in different parts of Kent.

They bore for their arms, Ermine, on a chief, gules, three right hands couped, argent. A carved stone shield can be found in several places on the roof of the cloisters of Canterbury Cathedral. Several members of the family lie buried in Greyfriars Church in London. During the “Great Survey” that was used to compile the Domesday Book of 1086 by the order of King William the Conqueror, Waldershare, in the Eastry hundred, is documented as being held by Ralph de Curbespine as part of the possessions of Odo, Bishop of Bayeux, who was the king’s half-brother. “In Estrei bundred. Ralph de Curbespine bolds of the bishop two sulings in Walwaresere. The arable land is . . . . In demesne there is one carucate and an half, and fourteen villeins, with two carucates and an half. Of this land, Robert has half a suling, and one carucate there. In the time of King Edward the Confessor, it was worth seven pounds and ten shillings and afterwards fifty shillings, now seven pounds. Wluuard held it of king Edward.”

In 1373, the last direct male descendant, Henry Malmaines, died and his daughter, Alice, inherited the estate. Her husband was Henry Holland and their daughter, Jane, inherited; she was married to Thomas Goldwell. His grandson, also called Thomas Goldwell, inherited and he sold the estate to John Monins in 1422. By this time, the ancient, moated Malmains manor house was in a poor state of repair and John Monins relocated to Waldershare where he built his new manor house on the site of the current mansion. The Monins family held Waldershare until Sir Thomas Monins died in 1678, when, Susan Bertie, daughter of Sir William Monins, inherited. She had married the Hon. Peregrine Bertie (1634-1701). Peregrine and Susan Bertie’s tomb is housed in the Monins chapel at All Saints Church, Waldershare and is described in that section of this book.

They had no male heirs and the estate was jointly inherited by their two daughters, Bridget and Elizabeth, who sold it to Sir Henry Furnese, a successful merchant of Sandwich. Sir Henry’s father, also named Henry, had been a sergeant in Cromwell’s dragoons, but when he settled in Sandwich as a tallow-chandler, he made an astute marriage to the daughter of the Jurat of The Port and Mayor, Andrew Gosfright. Although Henry senior later became bankrupt, the Gosfright connection ensured his son was able to take the essential steps on the ladder of London commerce. Thenceforth, through shrewd alliances and monopolies, he rose through the political ranks to become Sheriff of London, Director of The Bank of England, Trustee for circulating Exchequer Bills, Governor of The Greenwich Hospital, and a prominent figure in both the Flanders and the New East India Companies, and a member for Parliament for Sandwich. He was knighted in 1691 and was created a baronet in 1707. It is said that Sir Henry was the Reuters of his time in that he had personal paid informers to keep him abreast of events both in England and abroad; that way he stayed in front of the competition and could make timely judgements or investments based on his prior knowledge. It was not unknown for him to pass on misleading, or downright false, information in order to retain a political or financial advantage.

It was strongly rumoured by Sir Henry’s detractors at the time that his smuggling activities accounted for much of his fortune and certainly, his financial success was spectacular, but by then, his vast wealth and powerful connections – he had even facilitated loans of huge sums of money to the cash-strapped Government – assured his elevated status remained unaffected. He purchased land extensively in Kent, initially at Waldershare, where he built his country seat, Waldershare Mansion, between 1705 and 1712 in a Queen Anne style attributed to Inigo Jones; there is some debate over which architect he used, but it was probably William Talman (1650-1719) who was a pupil of Sir Christopher Wren. Sir Henry was married twice – firstly to 19 years old Anne Brough, with whom he had his only son, Robert; Anne was the daughter of linen draper, Robert Brough of St Lawrence Jewry and she died aged 30; with his second wife, Matilda Balam, a widow, and daughter of fellow London Merchant, Sir Thomas Vernon; with Matilda he had a daughter, also called Matilda, who married Lord Richard Edgecumbe. Sir Henry died aged 54 in 1712 of “a violent colic” shortly after entertaining the Duke of Marlborough. This was not the first occasion Sir Henry had suffered extreme digestive problems – in 1707 he was given over to the physicians with “twisting of the gut”. Upon Sir Henry’s death, his son, Robert, inherited his title and lands.

Sir Henry’s death Will specified a monument be erected signifying ‘God’s great goodness to me in advancing me to a considerable estate from a very small beginning’. Sir Robert commissioned the sumptuous confection of a tomb in the Furnese Chapel, which is shared by Sir Henry senior, Sir Robert and Sir Henry junior and now situated in the All Saints Church at Waldershare . In order to comply with Sir Henry’s many bequests, Sir Robert was obliged to sell some of the lands Sir Henry had accumulated.

Sir Henry’s uncultured manner had always been a source of ridicule, so he ensured his son Robert would better fit into refined society by first sending him to Eton for his education, then placing him in the diplomatic service in Vienna. However, Sir Robert did not possess Sir Henry’s ruthless determination and consequently, his subsequent career was somewhat lack-lustre; he was MP for Truro from 1708 to 1710, then MP for New Romney from 1710 to 1727 and finally, MP for Kent from 1727, until his death in 1733. The New Romney connection had previously been established by his father, who had lavished funds on beautifying the church there.

Sir Robert worked at creating a cultured veneer to his wealthy status – two of his three wives were daughters of earls and in turn, his daughters married into the nobility. He married his first wife in 1708; she was his step sister, Anne Balam, daughter of his father’s second wife, Matilda with her first husband, Anthony Balam. They had one daughter, Anne born in 1711, who married the Hon. John St John (1702-1748) of Lydiard Tregoze, Wiltshire.