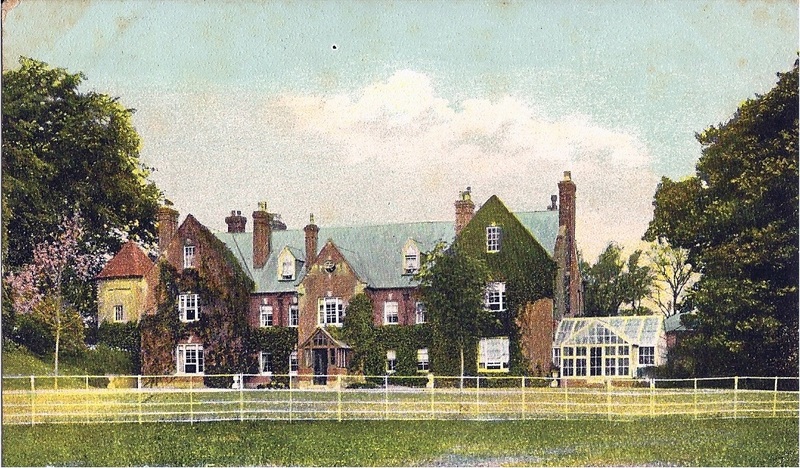 One of the earliest references to Elvington at Eythorne in Kent appears in Edward Hasted’s ‘The History and Topographical Survey of the County of Kent’ written in 1800, which gives reference to the Hundred of Eastry, with an entry stating there was a subsection for Elmington (Elvington) giving rise to the history of Elmington Manor from the Doomsday Book through to 1753. On a map supplied with Hasted’s book there is no indication of Elmington, but there is Elmton shown, which may have later itself become Elmton Farm. On several other maps it is not clearly shown or understood exactly where the Elvington Manor stood, and it also states the owners of the property also had the patronage of Eythorne Church, which was in close proximity. It is possible that Elvington Manor was located where Elvington Court was later built. From the architecture of Elvington Court it is possible that it dates from around 1850-1880, but it could be refacing for an much older property.

On 13th December 1923, Elvington was being entered into an auction to be sold at the Dover Institute. Details in the auction sale brochure state that Elvington Court was a freehold residential property with pasture and arable land, which had a total of 73 acres of land, including a pair of cottages in the village of Eythorne. The property was stated to be a mansion, built in Tudor style and was non-basement. The mansion was stated to have an outer porch and lounger hall, dining room, morning room, drawing room and conservatory. A well arranged suite of domestic offices included a specious kitchen and scullery, butlers pantry, housekeeper’s room, a strong room containing a Hobb’s patent safe, and a large cellarage containing 6 wine and other cellars. The first and second floors of the mansion were approached by late wooden staircases made of oak and pine, which lead to the two bedrooms, three principal bedrooms, two dressing rooms, bathroom and water closet, a secondary room and housemaid’s closet. The west wing of he mansion contained a large bedroom and five other bedrooms, along with a cistern room and box room. Outside of the mansion there was a well tower and a detached brick-built laundry. The stabling and coach-house were conveniently placed close to the mansion, with stalls, lofts, fodder and harness rooms. The cow house had eight stalls, while a large barn was advertised as being suitable for theatrical purposes, or a gymnasium. The Baliff’s cottage contained six rooms, and was being let to Mr. Langford at 10/- per week, Landlord paying rates. The garden and pleasure grounds well said to be well maintained and timbered, with a plantation, lawns, park land, and a walled-in kitchen garden well stocked with fruit trees, and two large glass houses.

During the late 1800s and early part of the 1900s, the Kent Coalfield was starting to be developed with one of the potential collieries being established at Eythorne, which was initially known as the East Kent Colliery, and later became Tilmanstone Colliery. With there having no initial been any colliery workers or miners native to Kent miners and their families migrated from across the whole of the United Kingdom to work in the collieries. Many of the first men and their families had lived in villages and towns close to the collieries, which were all situated out in the countryside of East Kent. Prior to the communities and villages being built during the late 1920s, many of the first miners found lodgings in many houses close to the collieries. One of these properties was Elvington Court, which became a hostel for miners, who were paying 25 shillings per week for their accommodation. Regular meals were prepared for the miners, along with the workers ‘ snap (work food). Adjacent to the property was a barn, which the owner, Richard Tilden Smith, allowed to become used as a sport and recreational facility for the miners and their families. The barn was converted by the miners themselves and at their own expense, which eventually had a seating capacity for 750 people to watch stage productions. Facilities included dressing rooms, electric lighting, heating and a dance floor. Many events were said to have been held in the barn, which saw posing tournaments, concerts and a gymnasium. A sport field was also laid on on the estate, which had all amenities to help create a close-knit community atmosphere.

In 1927, 230 houses were built close to Elvington Court on the hillside there other side of the new sport grounds, which had been donated by Richard Tilden Smith. This new miners housing village became known as Elvington, which is remans today. To help create the close-knit community atmosphere Tilden Smith decide that he would try and organise a Tilmanstone Colliery gala day, which was held in the grounds and gardens of Elvington Court mansion during September 1928. All employees and families of the colliery workers were invited ad too part in many of the different activities on the day, which included recreational sports and races. Local newspaper articles state that almost 2,500 people attend the event, which was the first of its kind and the first time that all the employees from the colliery and the wider community had been able to socialise together in such a function. Richard Tilden Smith was on hand for the day and found time to give a speech to those men, who wanted to be present to listen to what plans he was going to make for the future of the colliery and the mining community. With the success of the first vent being held another event was also held the following year, which was held at Elvington on 6th July 1929.

During the second World War 1939-1945, Elvington Court minion was taken over and used by the military and became a military guarded headquarters for some of the locally stationed regiments.